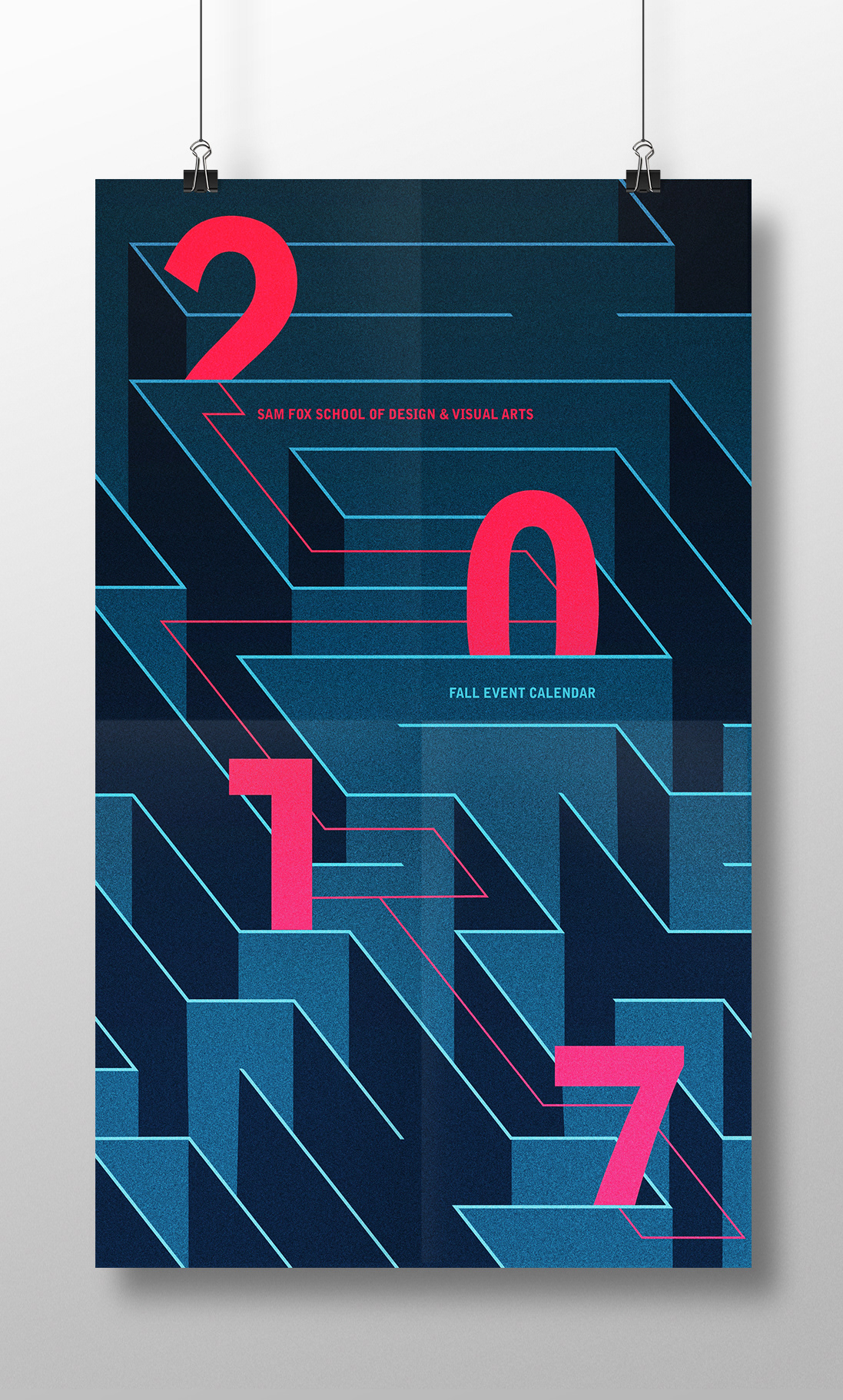 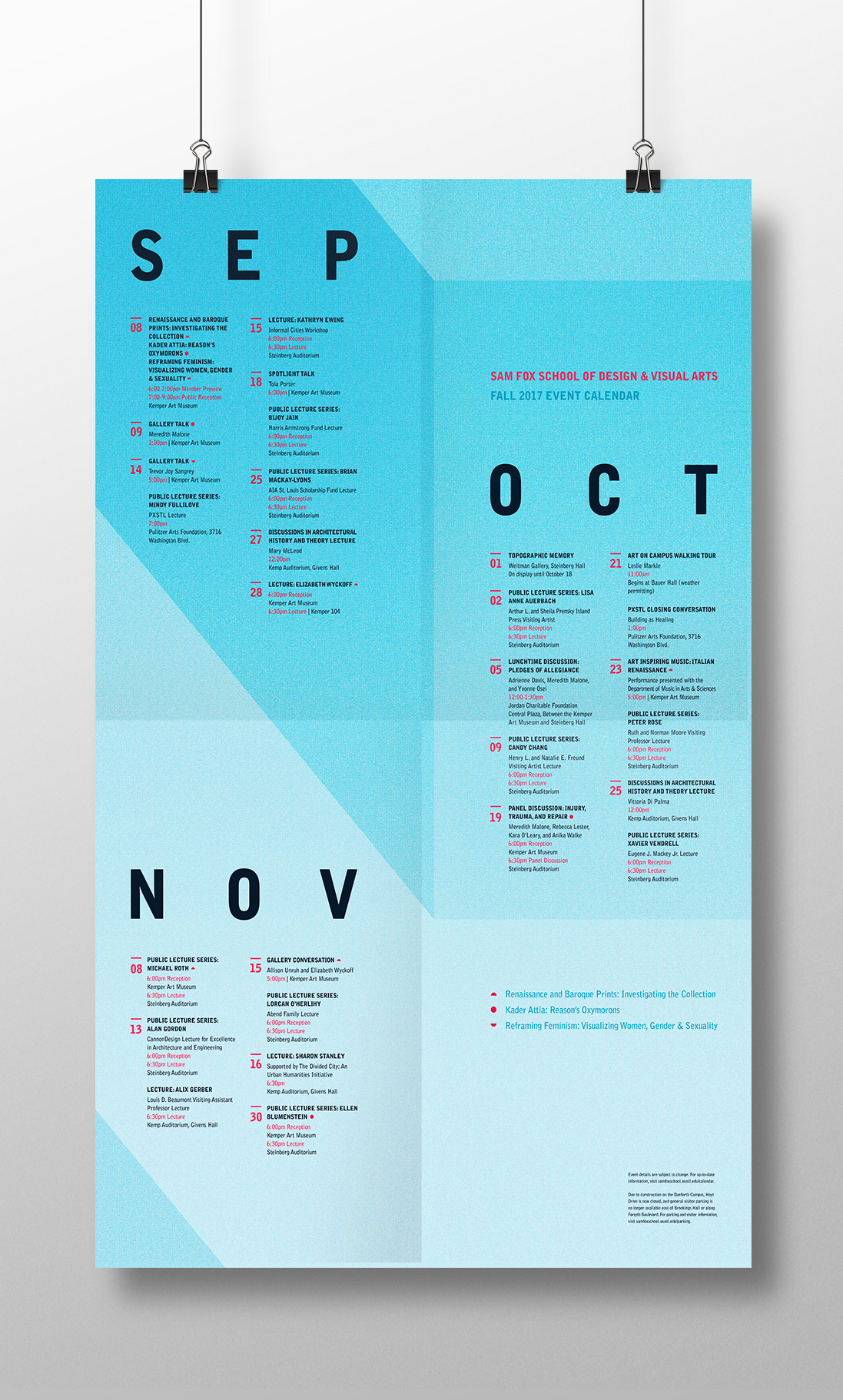 The brief was to create a Sam Fox School of Design & Visual Arts Fall 2017 events calendar in the form of a poster to be mailed out to alumni, students, parents, faculty, donors, and the community. The poster had to be two-sided: one side, which I’ll refer to as the “display side,” could essentially be whatever I wanted; the other side, which I’ll call the “content side,” had to clearly display every event taking place at Sam Fox in Fall 2017 (including guest speakers, exhibitions at the Kemper Art Museum, performances, etc.).
PROCESS
I latched onto one particular image: in Fall 2017, the Kemper Art Museum was hosting an exhibition called Kader Attia: Reason’s Oxymorons which is (to oversimplify) a labyrinth of gray cubicles. I thought the image of the cubicles—a sort of maze—was a striking visual, and I started working with mazes and dimensionality.
I went through various concepts for the display side of the poster, including warping the numbers to make them appear planar and drawing mazes to emulate blueprints. In the end, I returned to the initial image that I had been so drawn to (below left) and created the image of a maze (below right). 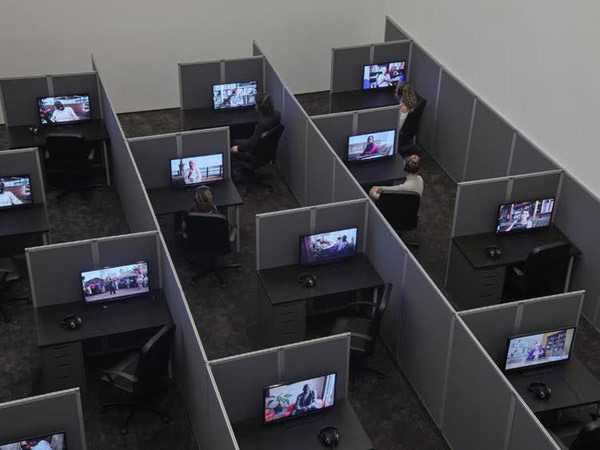 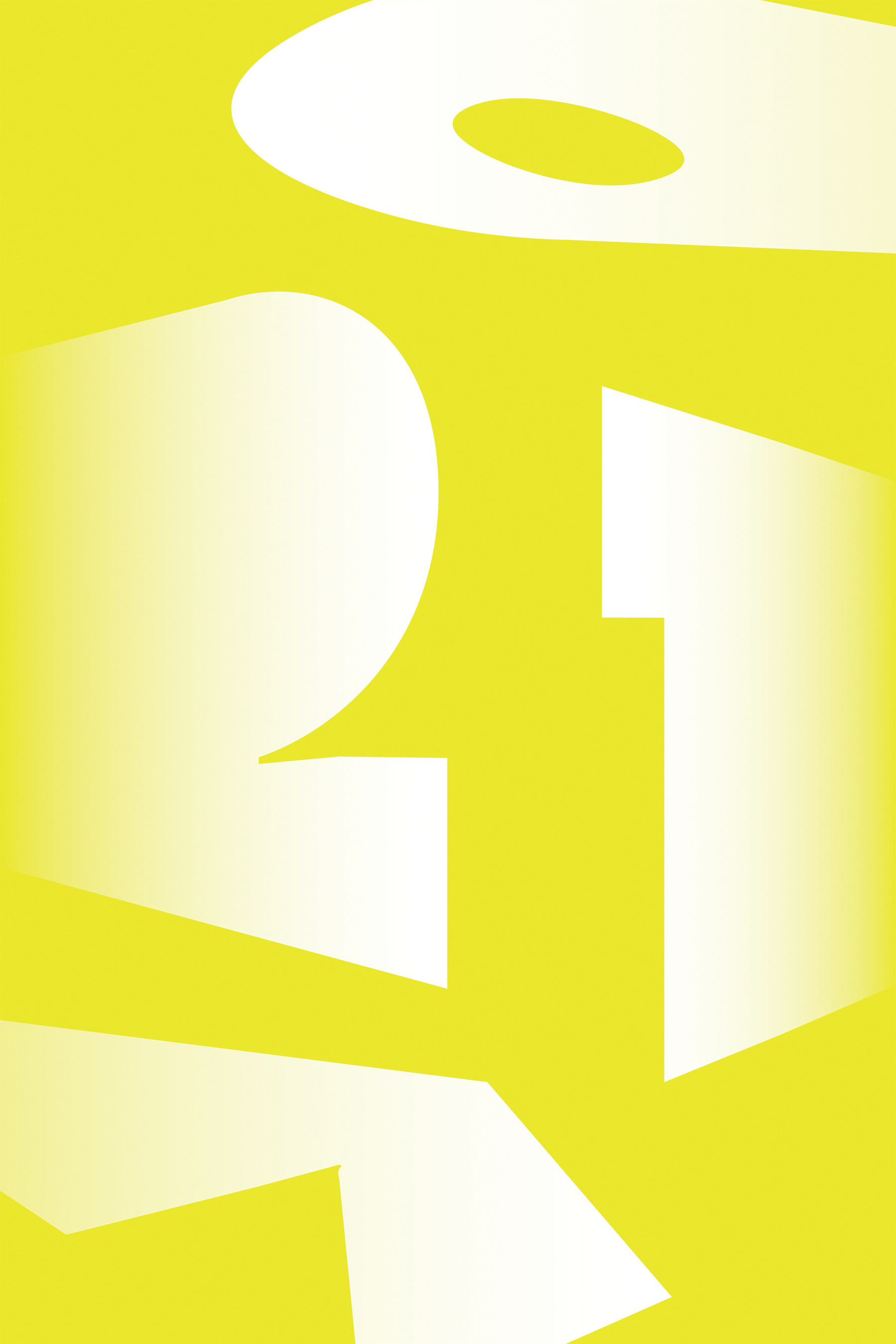 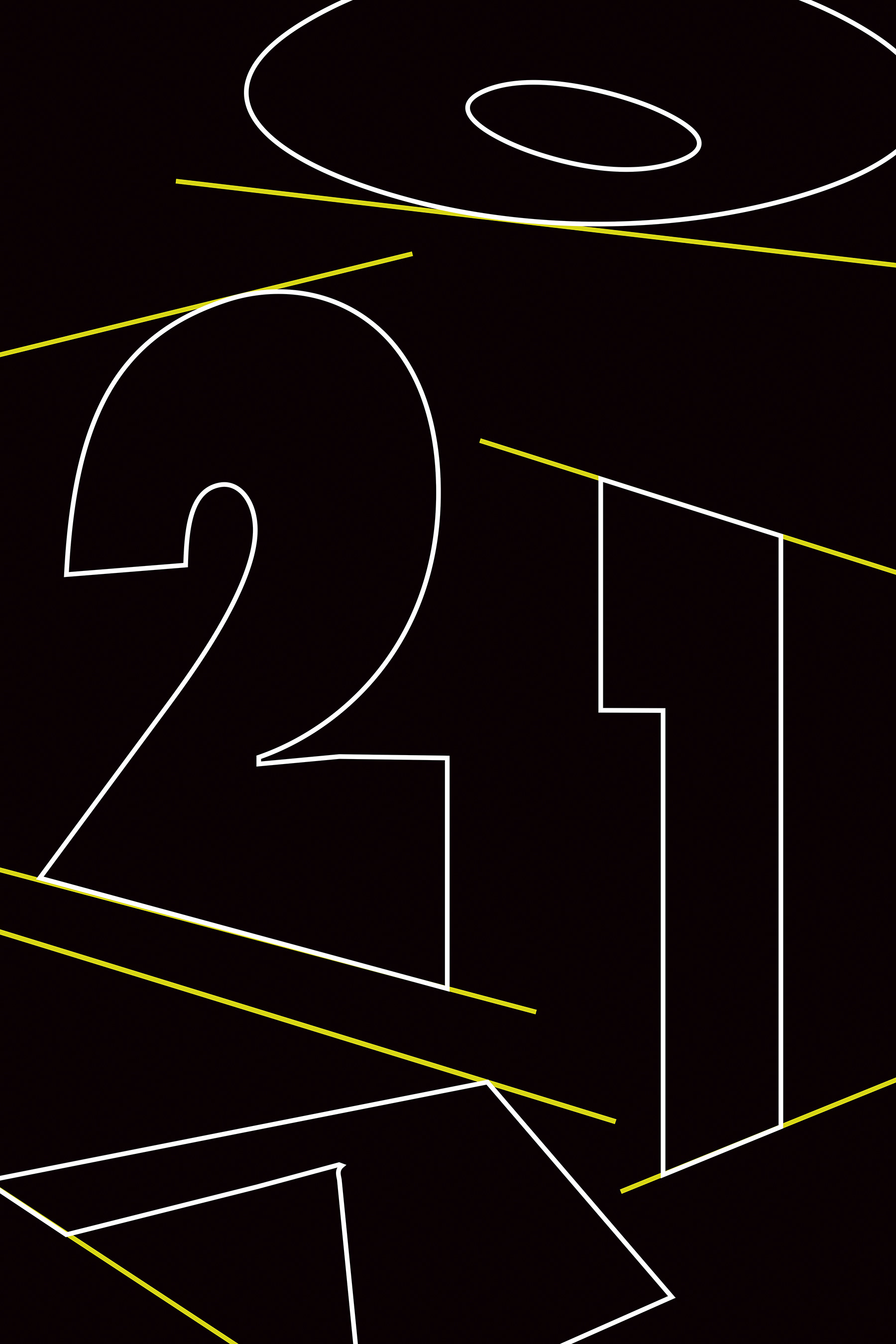 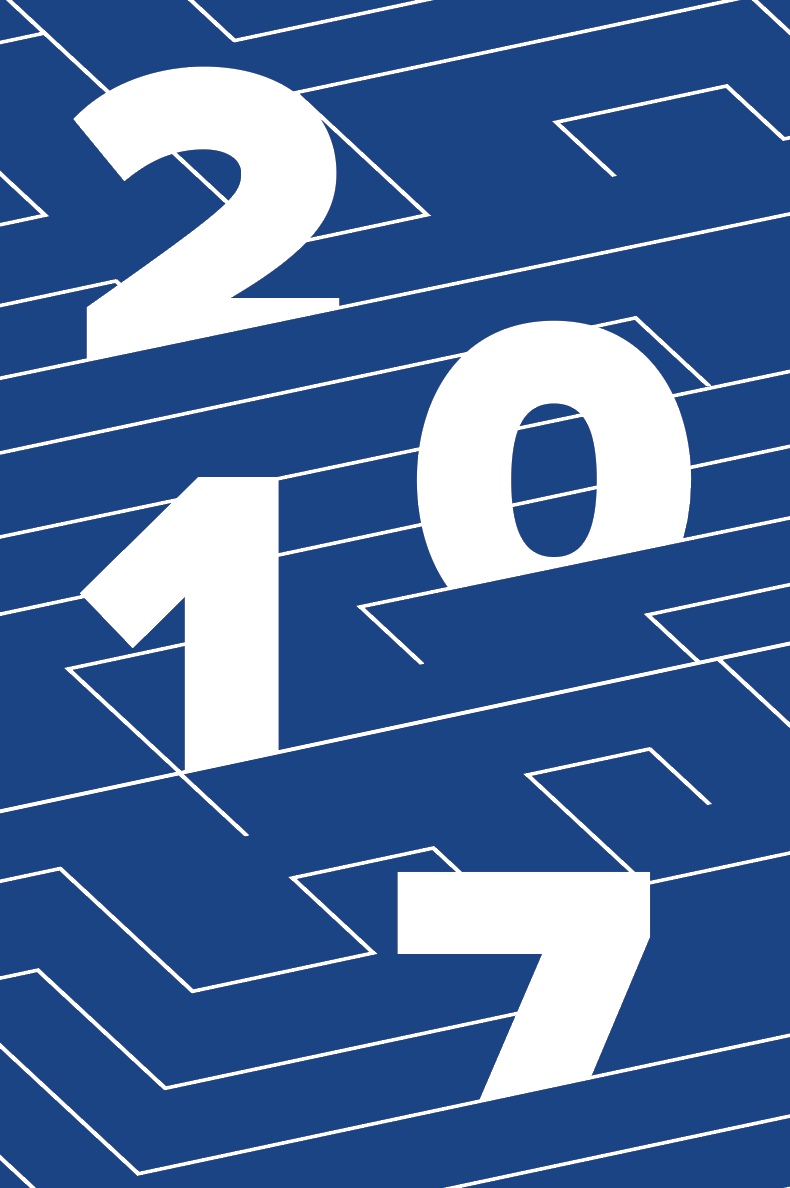 I drew a pink line between the numbers as if to guide the viewer to each one. “SAM FOX SCHOOL OF DESIGN & VISUAL ARTS FALL EVENT CALENDAR” became much smaller to mirror the pink line.
I began to explore adding more dimensionality and various color schemes. I also changed the typeface to Bell Gothic because I wanted something a little more futuristic. The grainy texture I added was inspired by Art Deco illustration; it added subtle cohesion to what was shaping up to be quite a complex image. I experimented with adding dimensionality and finally decided on the addition of subtle shading. 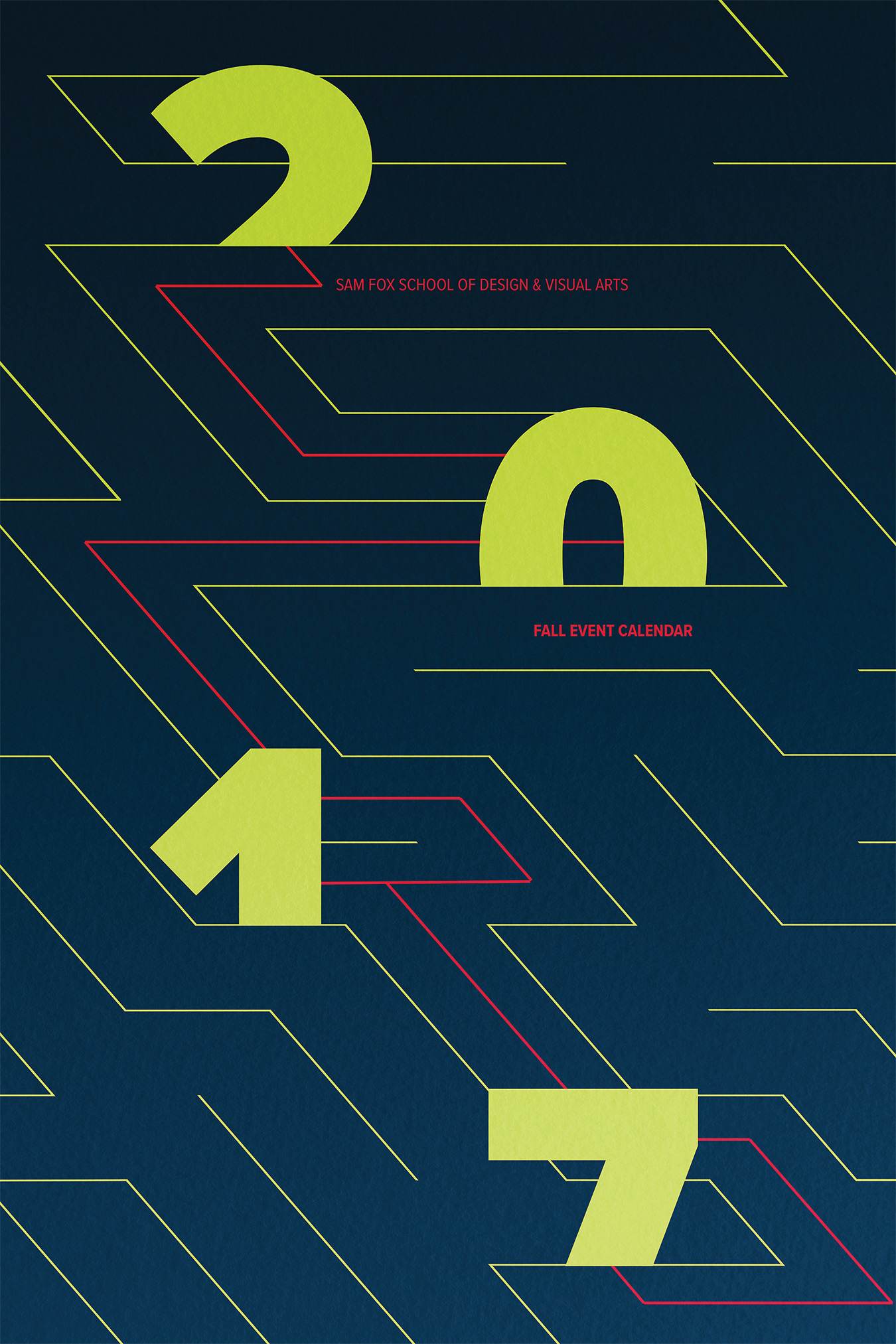 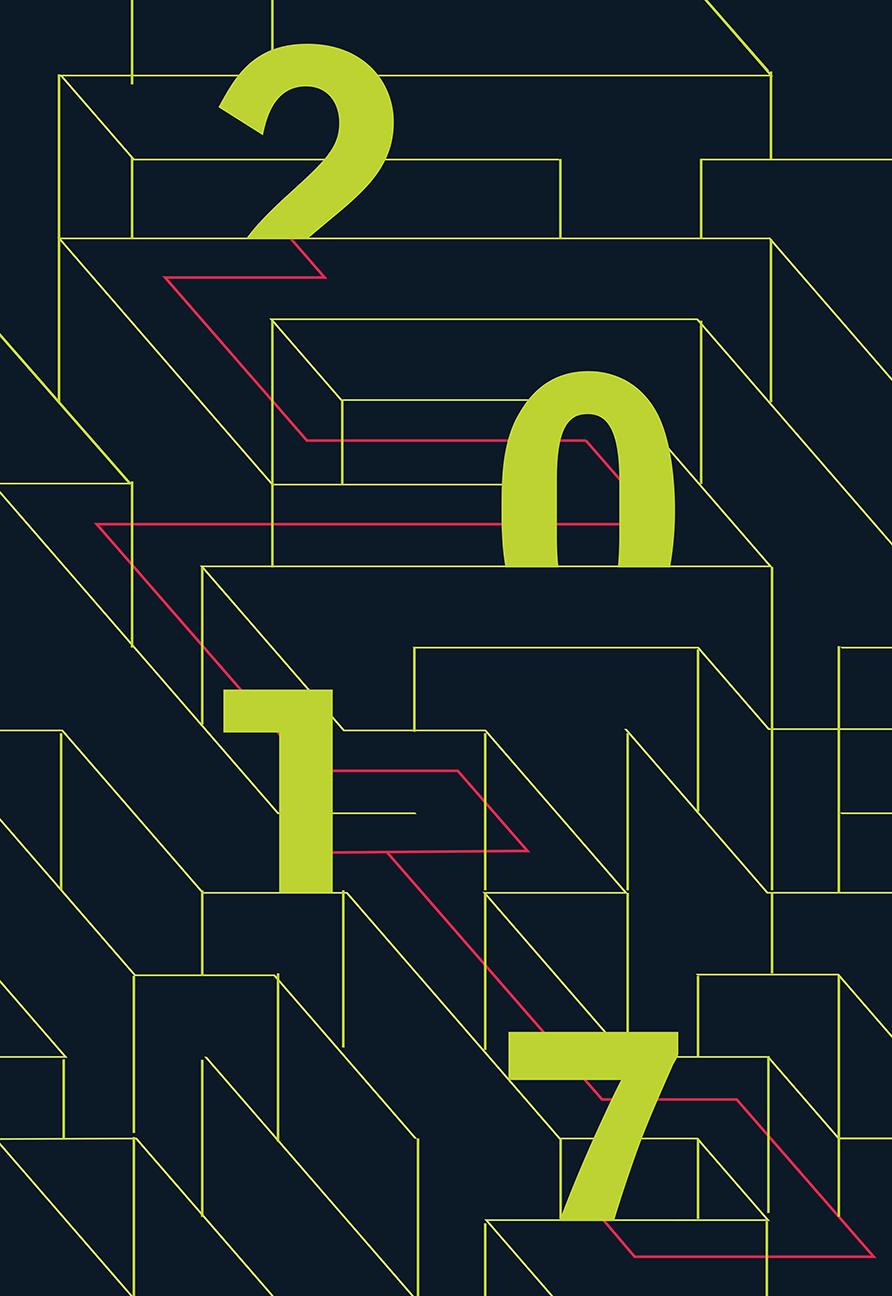 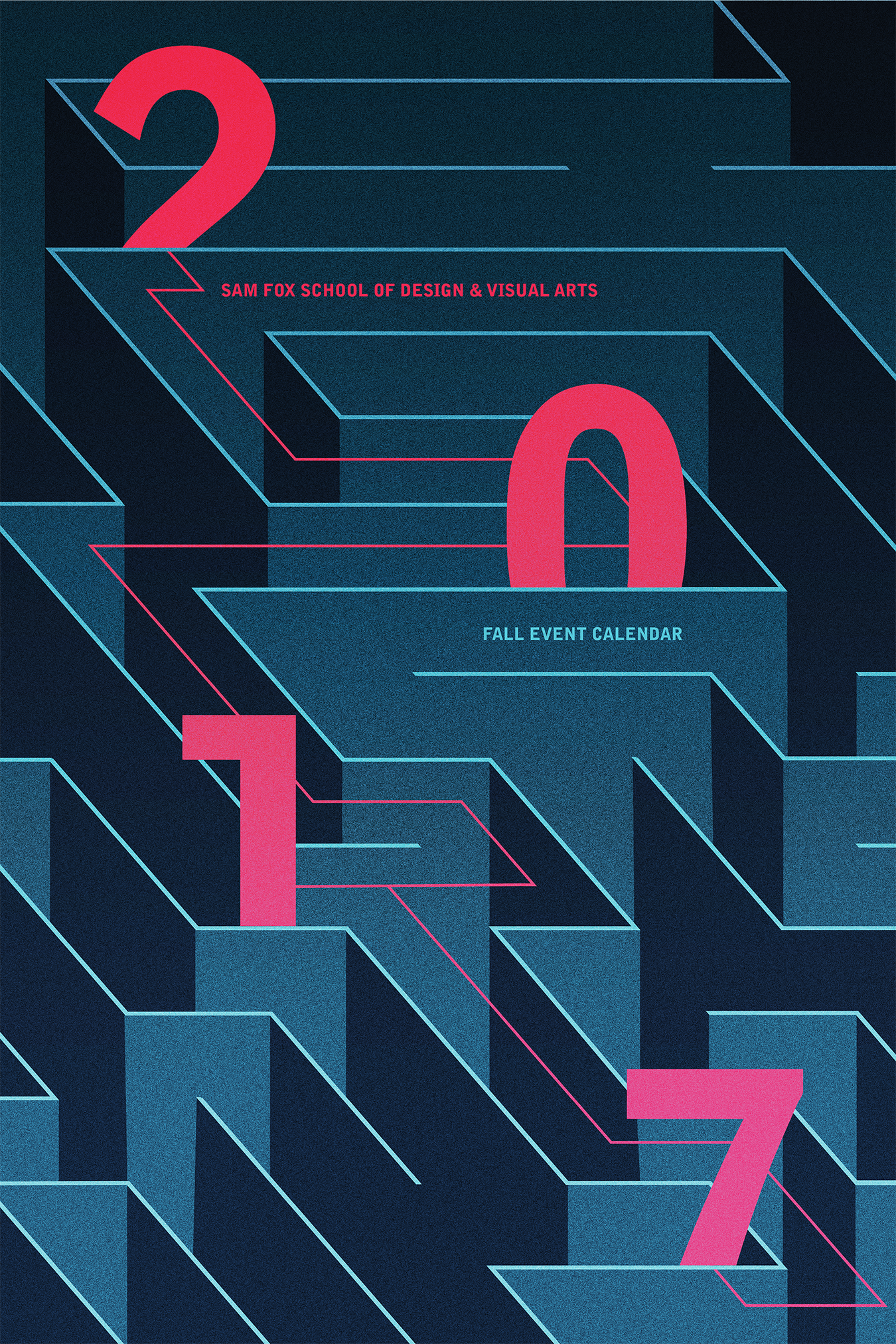 For the content side of the poster, I wanted to evoke a feeling of movement and dimensionality to support the front both with the layout and the system. I tried adding shapes in the back to mimic the angles on the display side; eventually I determined that for the background and foreground to feel coherent, the type needed to exist within the shapes as if they were their own space, implied to be a zoomed-in section of the display side. 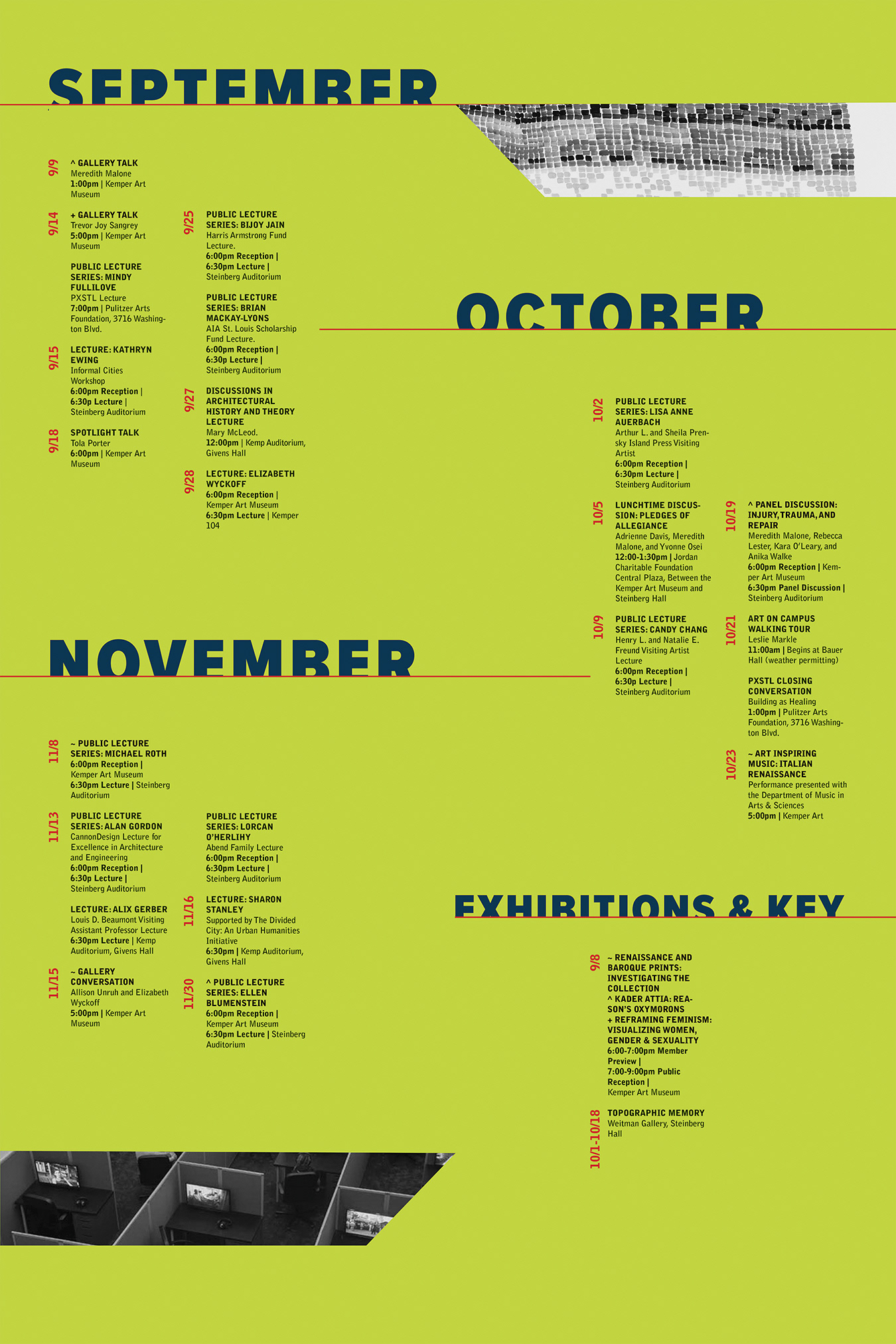 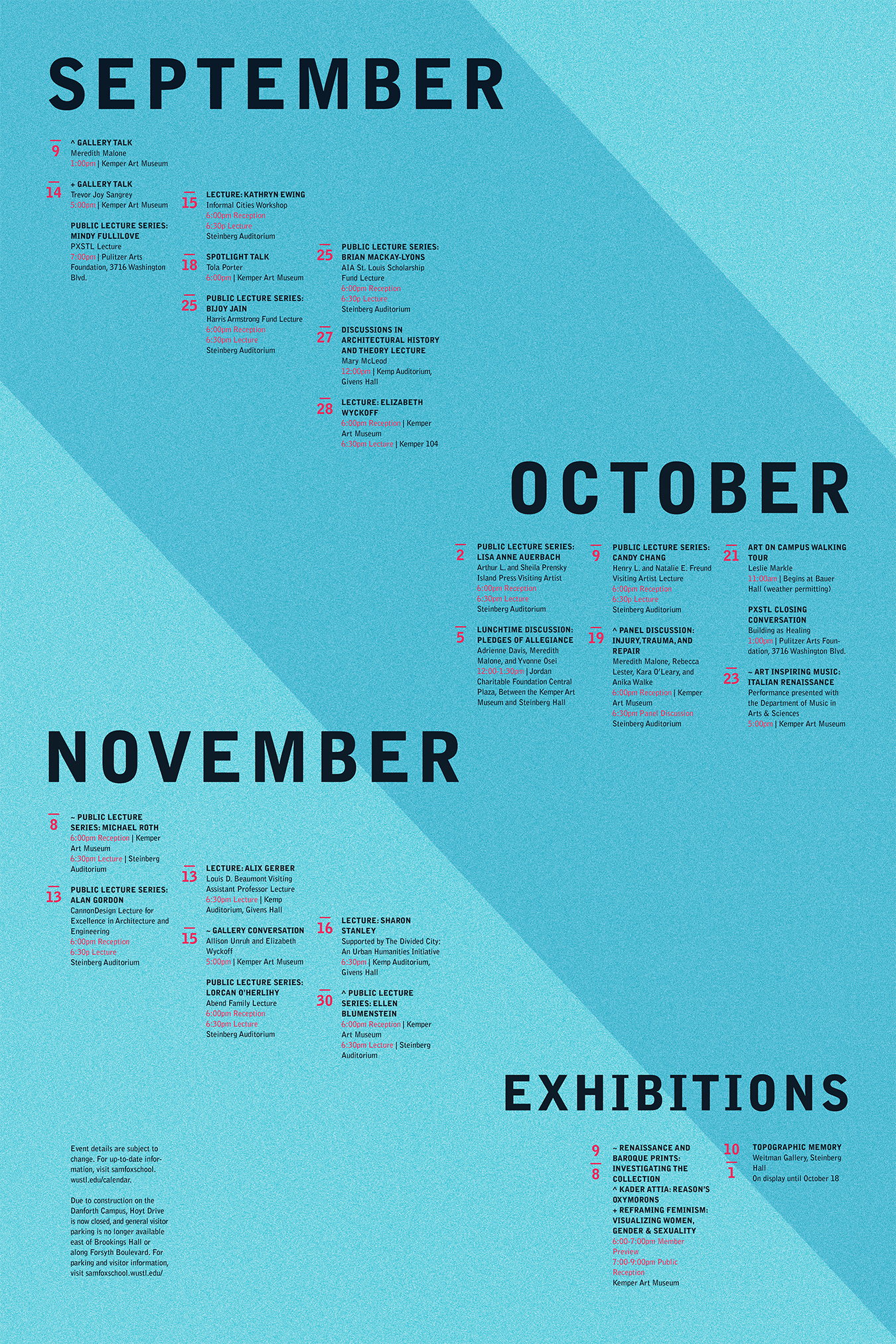 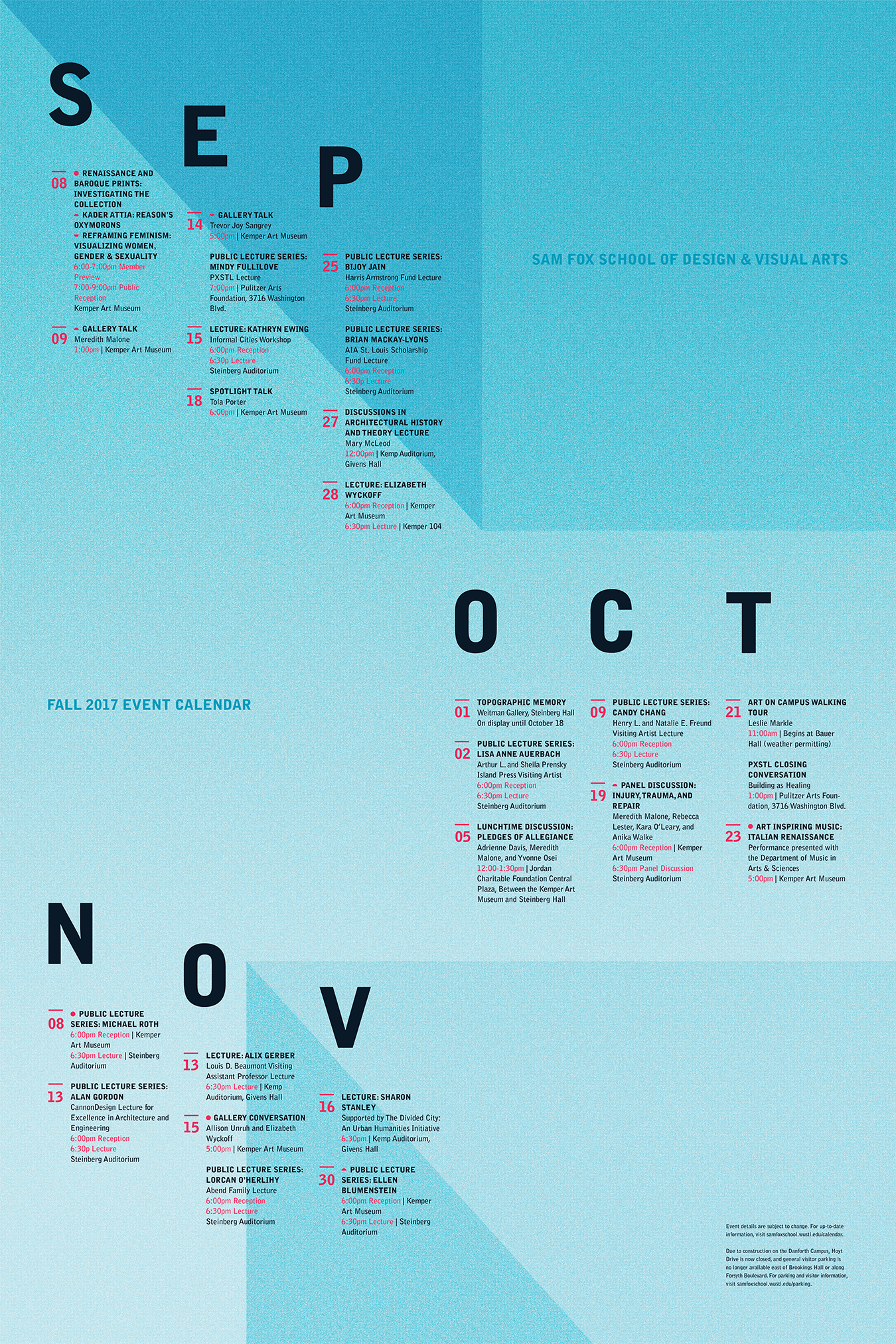 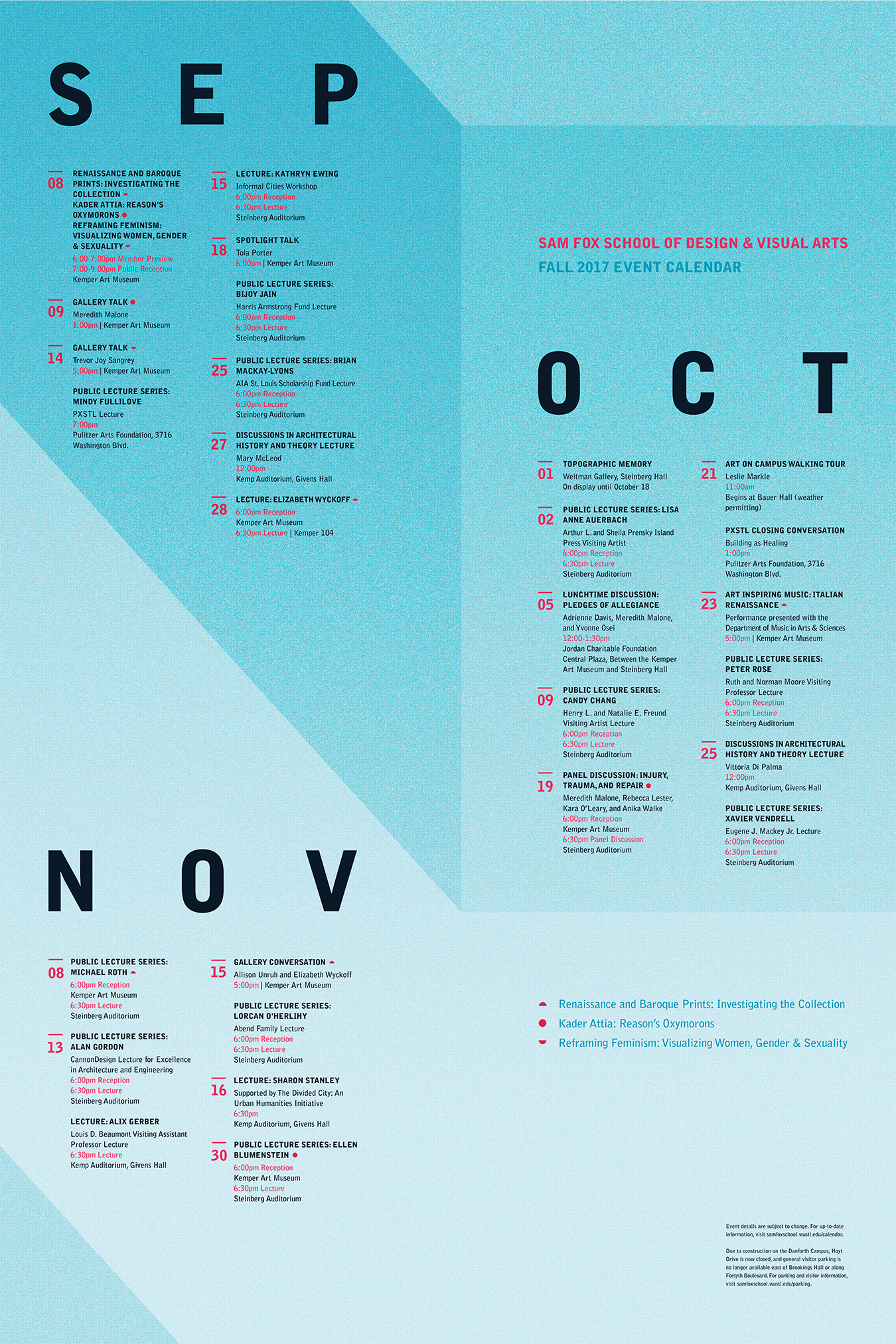 The micro typographic system went through several changes as well. I switched from six columns to five to make the column widths larger so the text had fewer line breaks. The incorporation of the pink text and spacing proved especially important final touches. 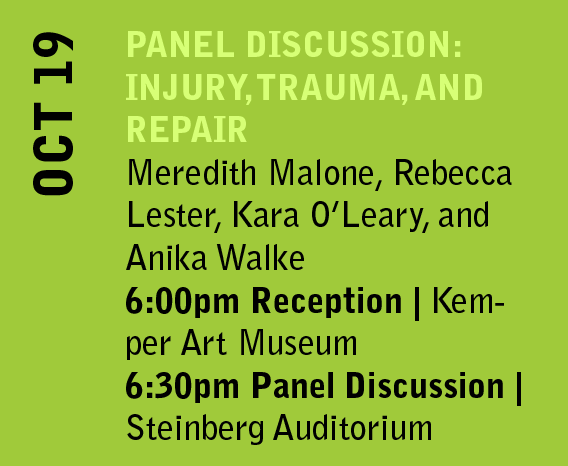 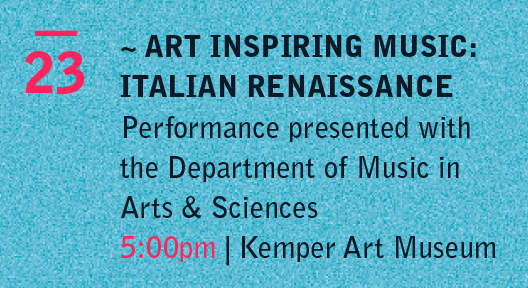 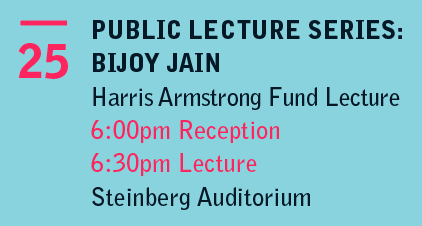