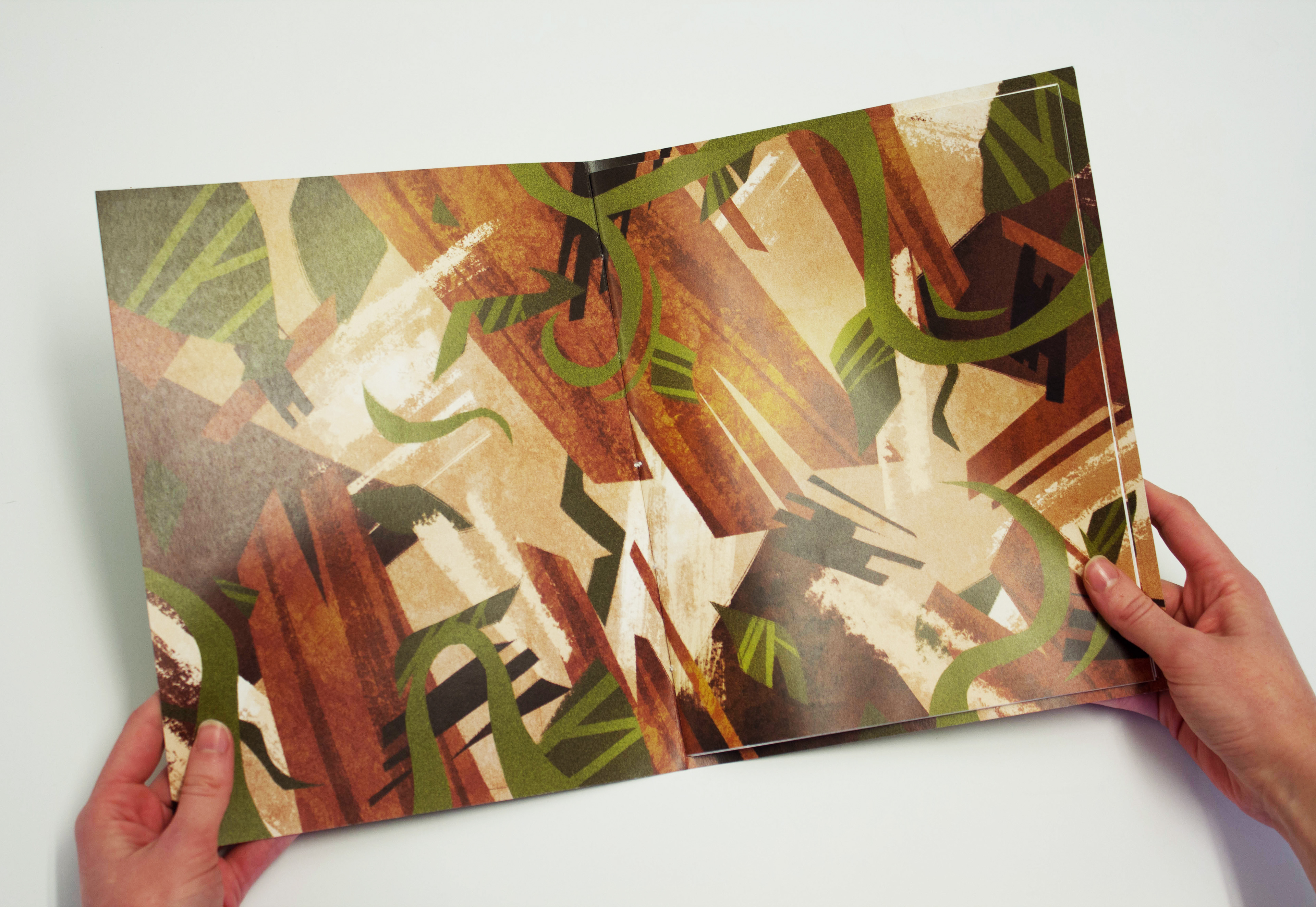 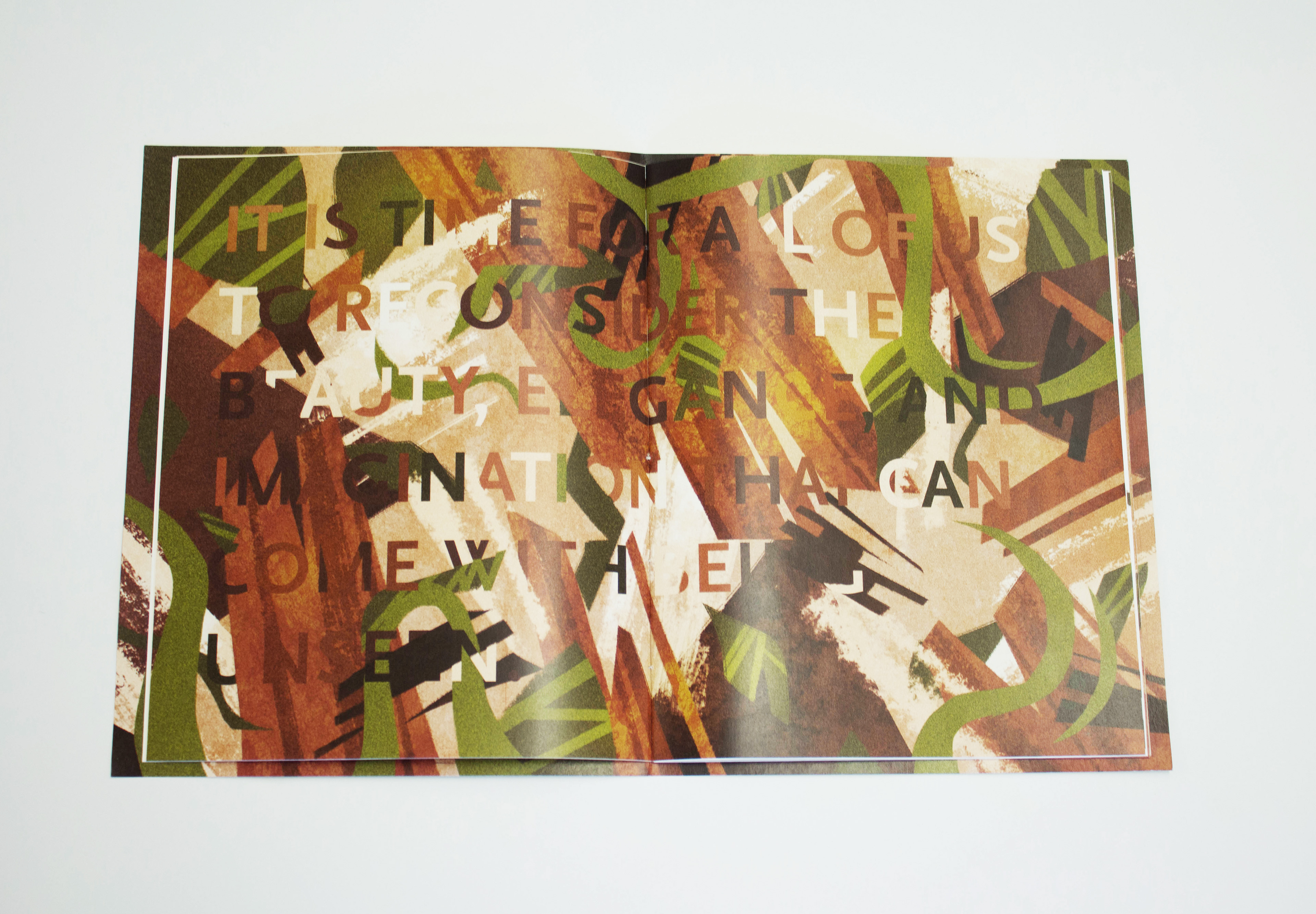 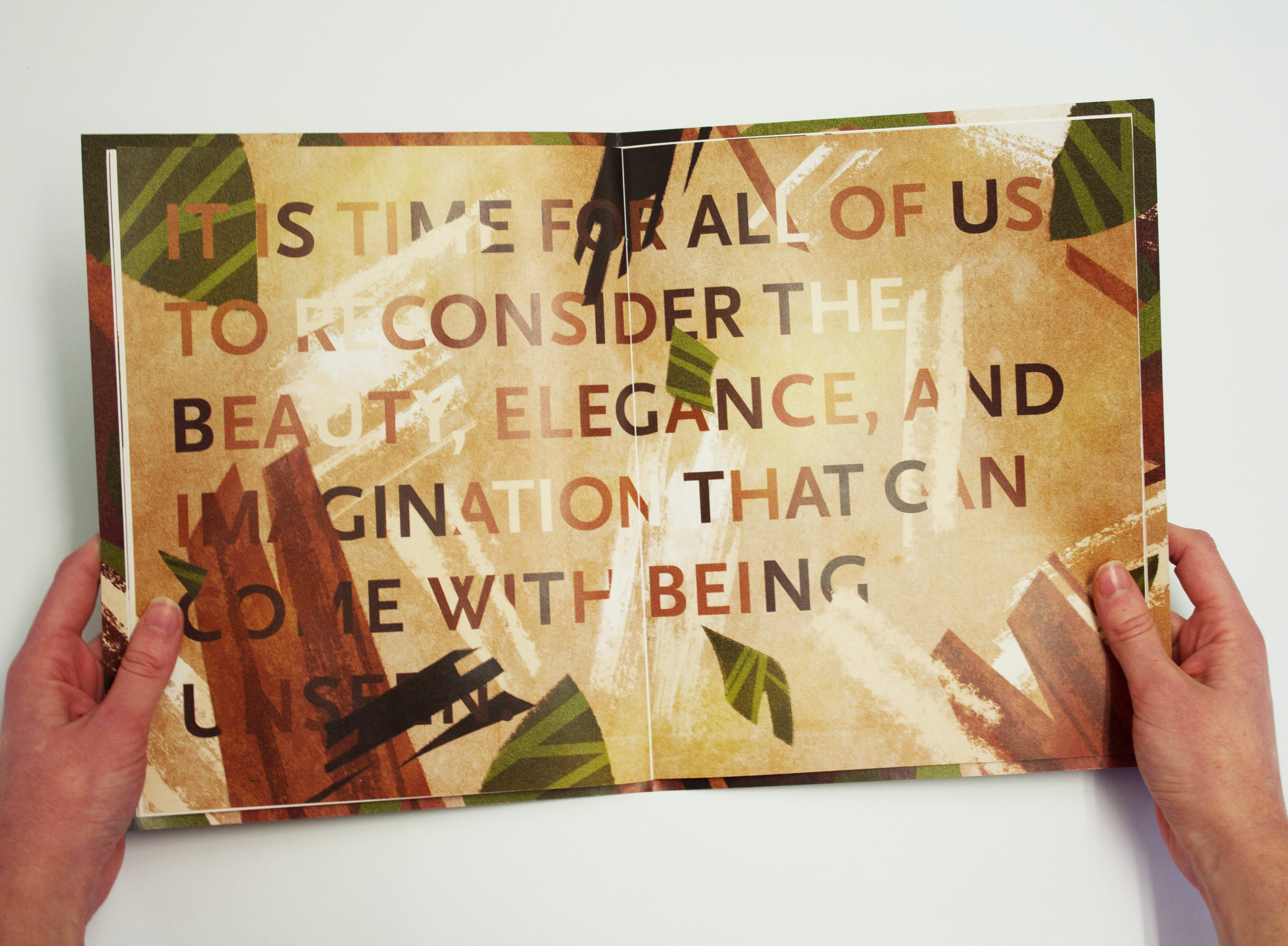 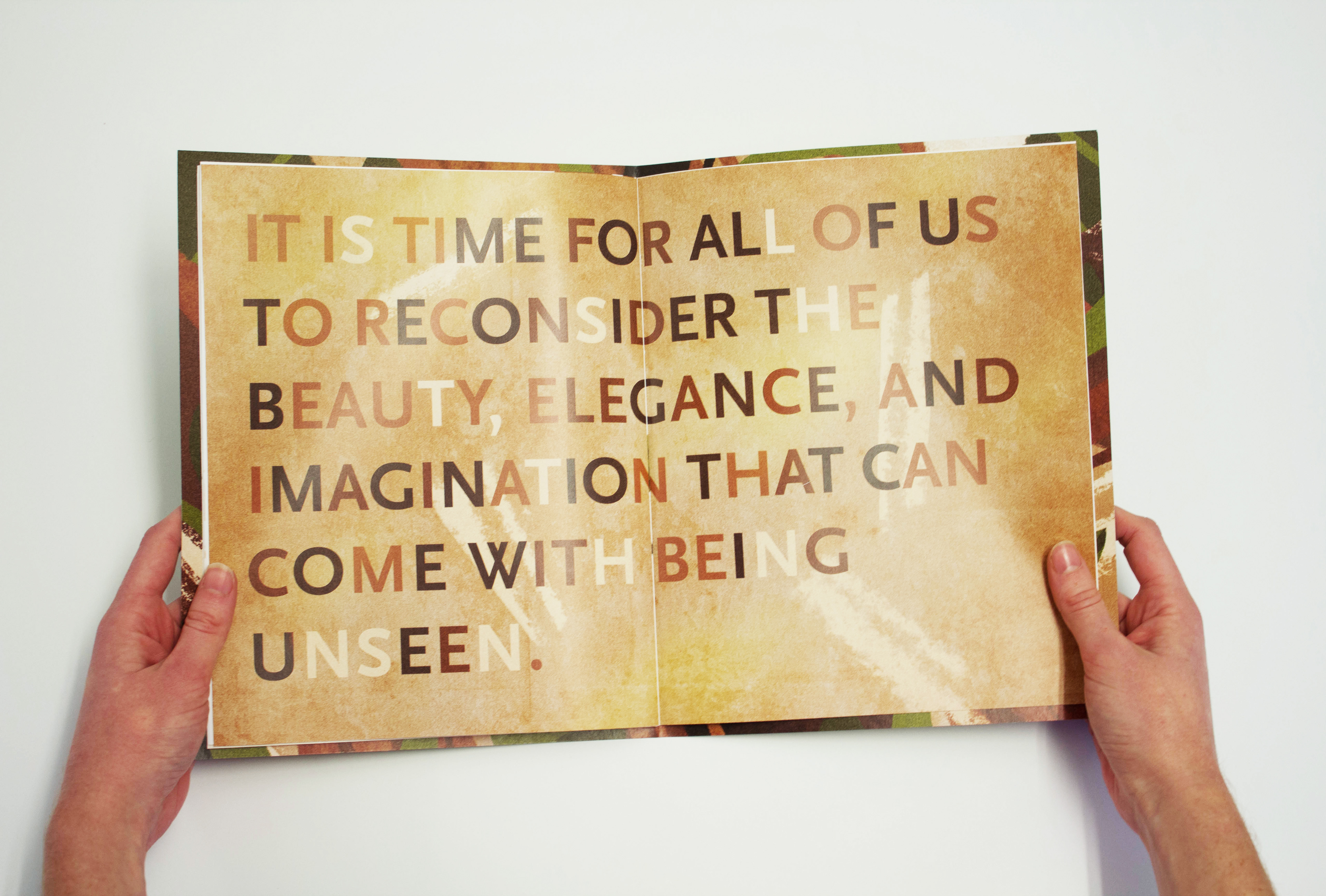 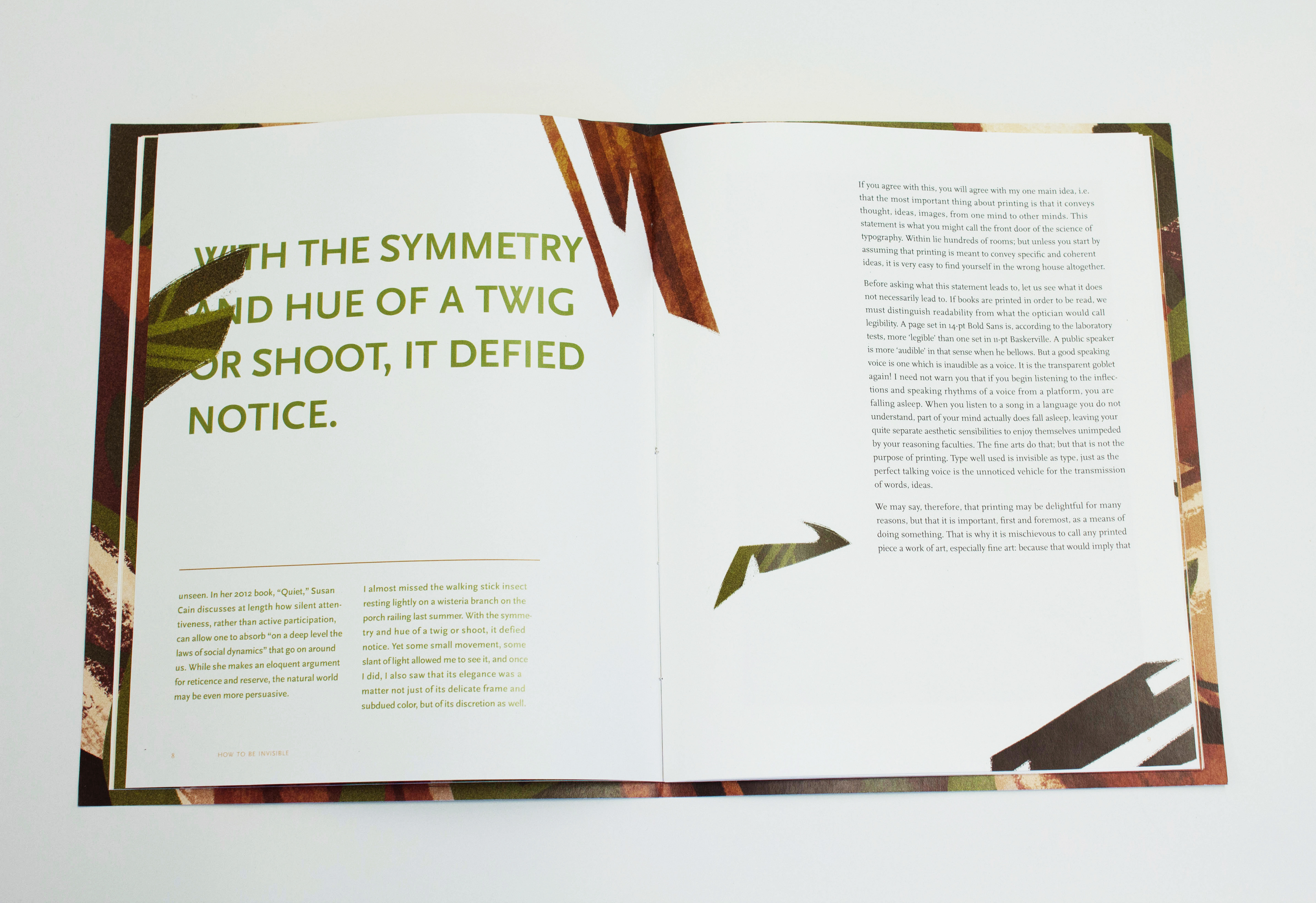 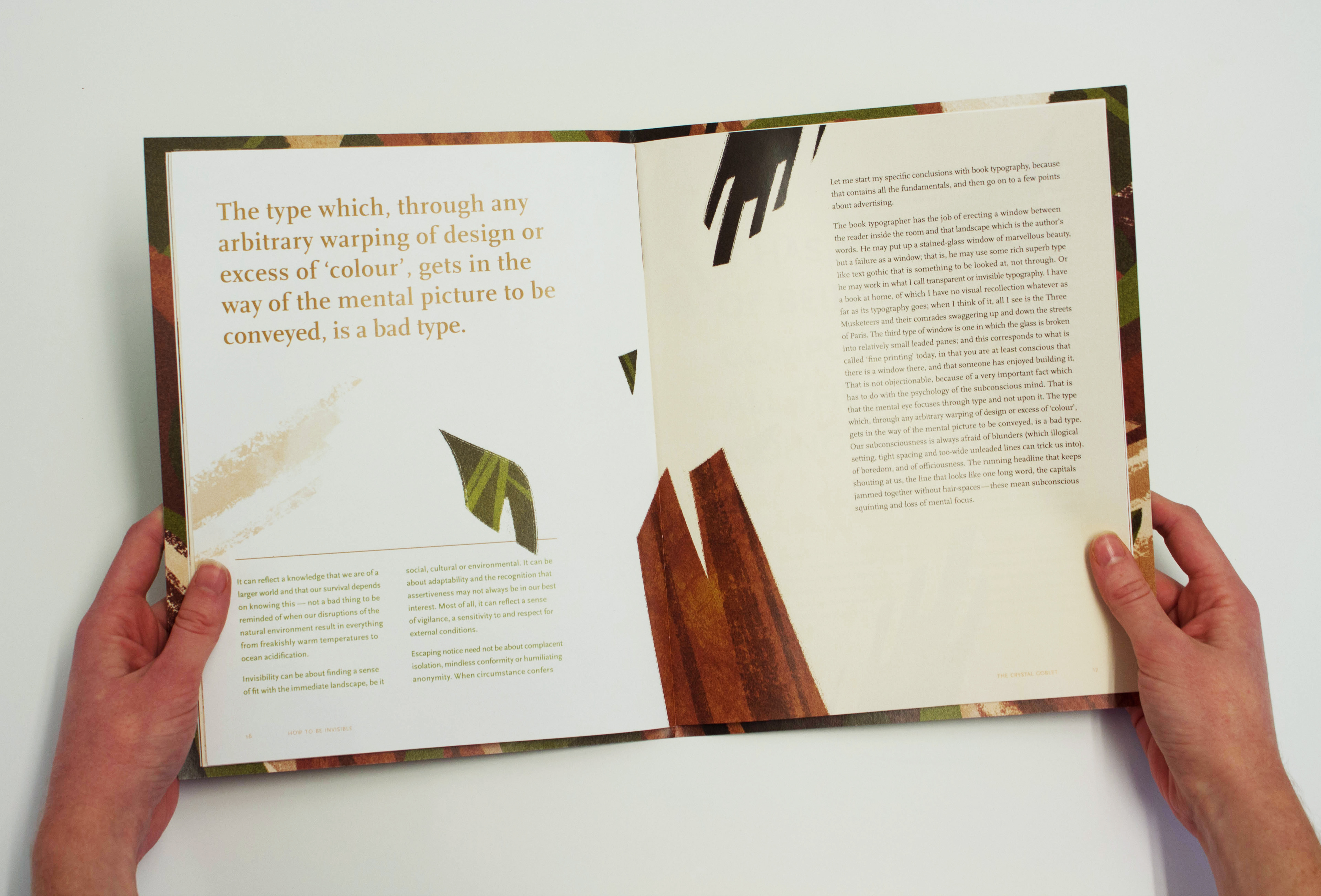 PROCESS
The book pairs "The Crystal Goblet," a famous text on typography arguing that the form of type must follow its function, with "How to Be Invisible," by Akiko Busch, published in 2015 in The New York Times. Busch argues that in a world that increasingly values visibility and egosim, "invisibility" is useful—fading into the background better allows you to observe and appreciate the world around you. By pairing the texts, I hoped to communicate the connection between them: in a typographic context, invisibility is both beautiful and functional: it creates a heightened appreciation for and understanding of content.
To communicate my concept, I decided I would use the same repeated illustration of a pattern with text camouflaged within. Initially, the type would be so well-camouflaged and the pattern so dense that it would be completely illegible; but as the image repeated, the pattern would clear away, revealing the type beneath. In the body copy, I decided to use column width, column number, font, weight, and color to distinguish the two texts (one set in Scala and one Scala Sans).
In her essay, Busch draws comparisons between invisibility and animal camouflage, which became a strong influence on the book's visuals. I tried to evoke an "environment" with the illustration (again calling back to the meaning of the secondary text that I was trying to highlight). The forest feel, additionally, is meant to reference Busch's text, which describes the elegant camouflage of walking stick insects. 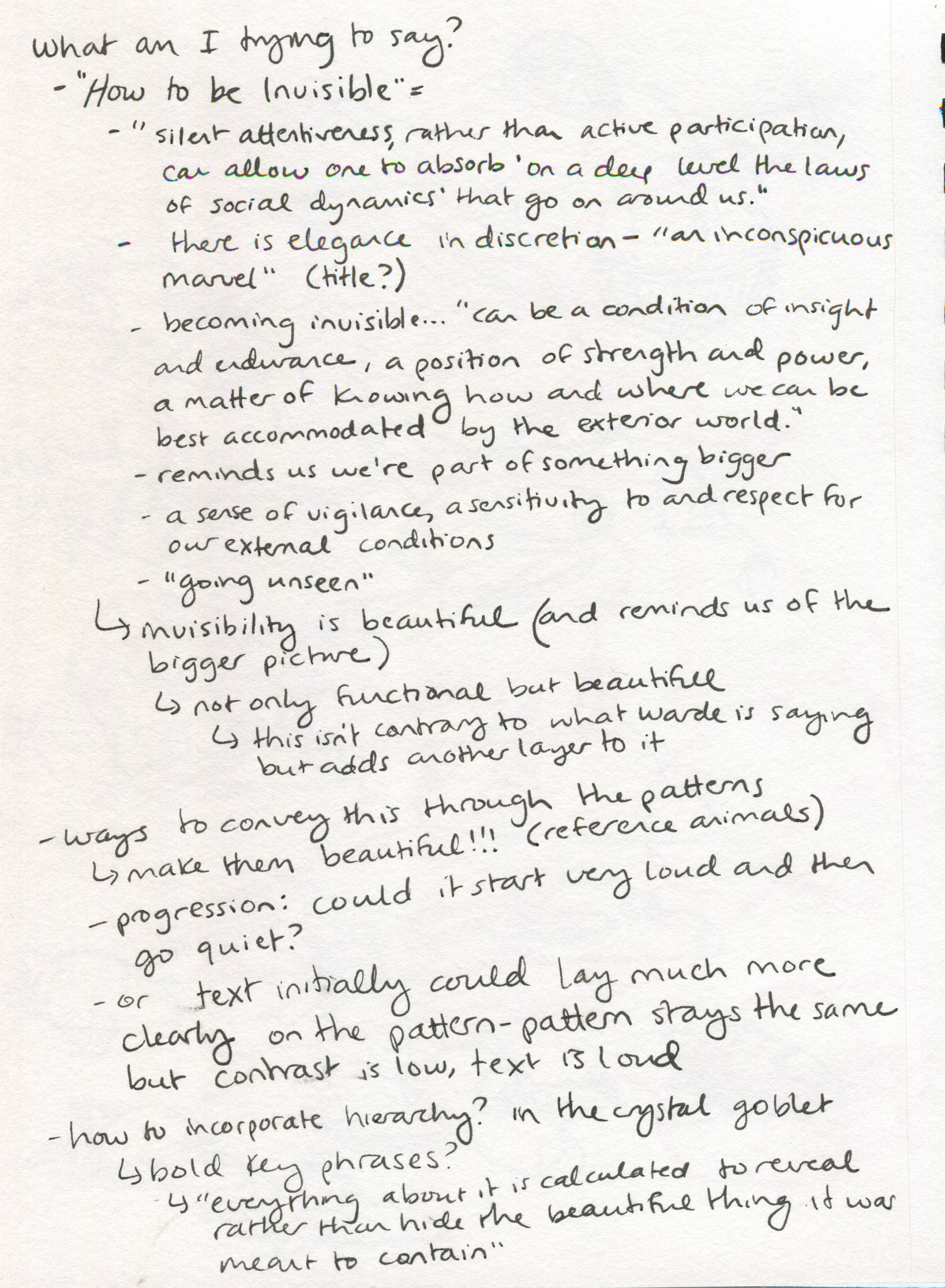 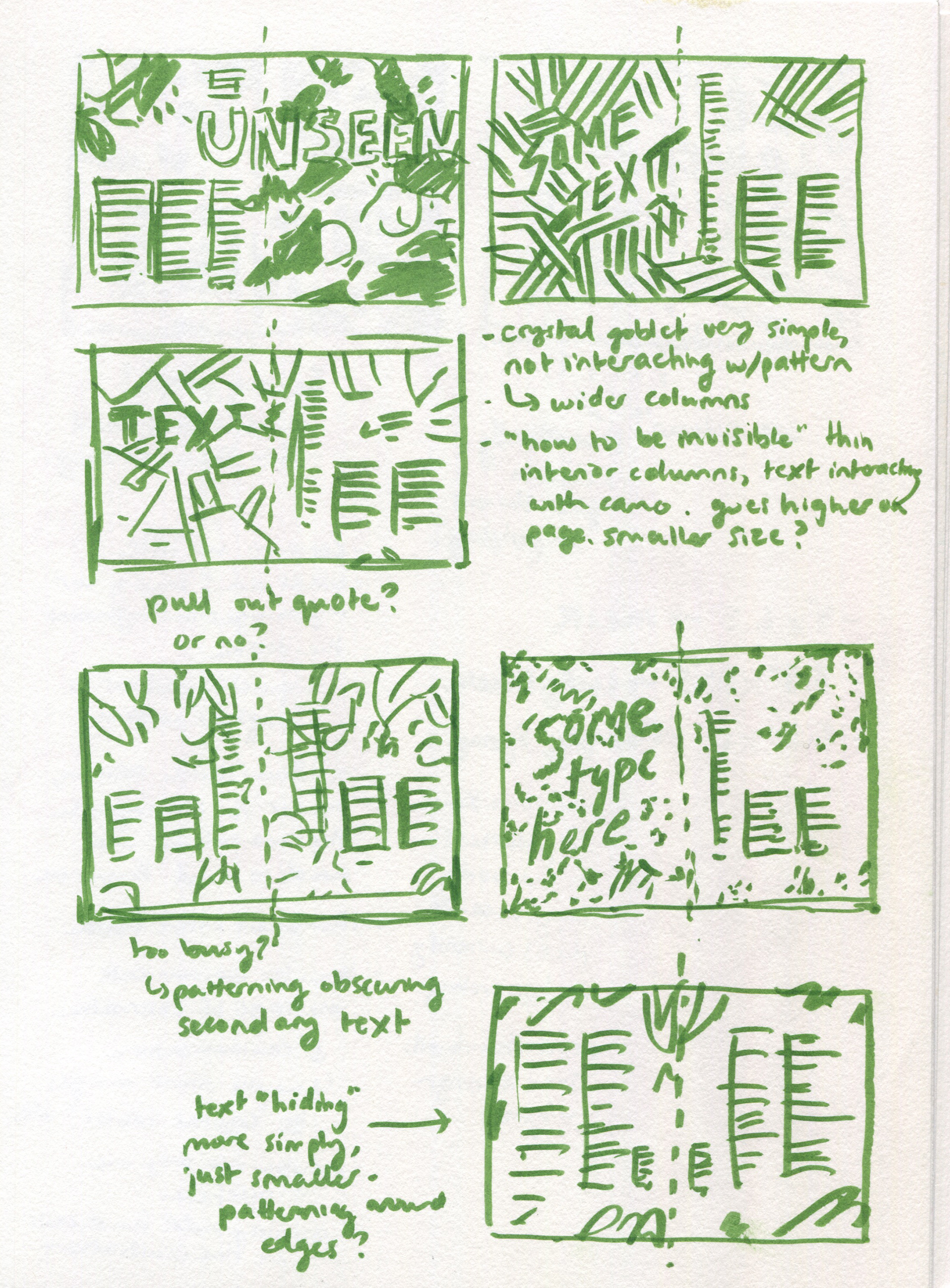 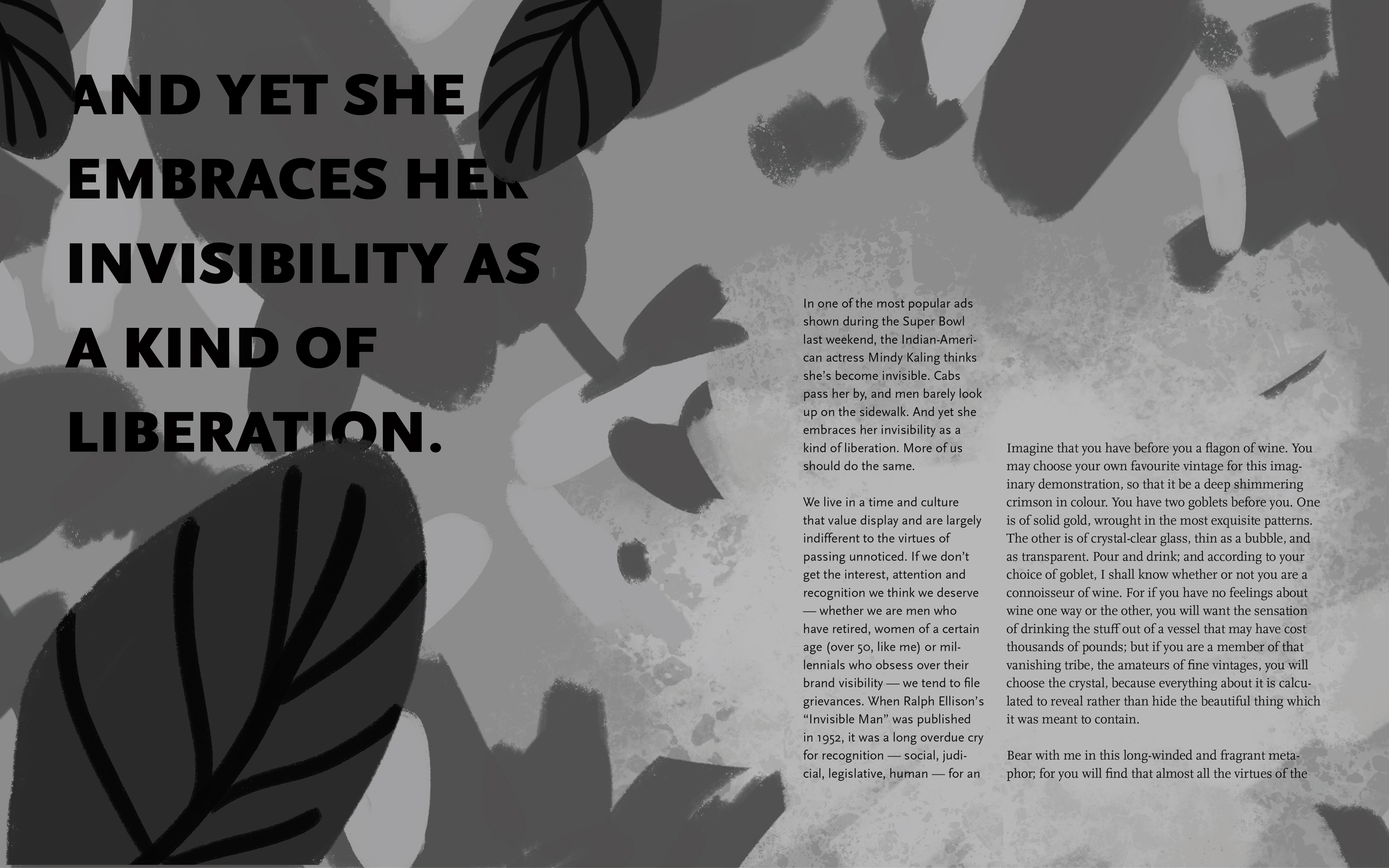 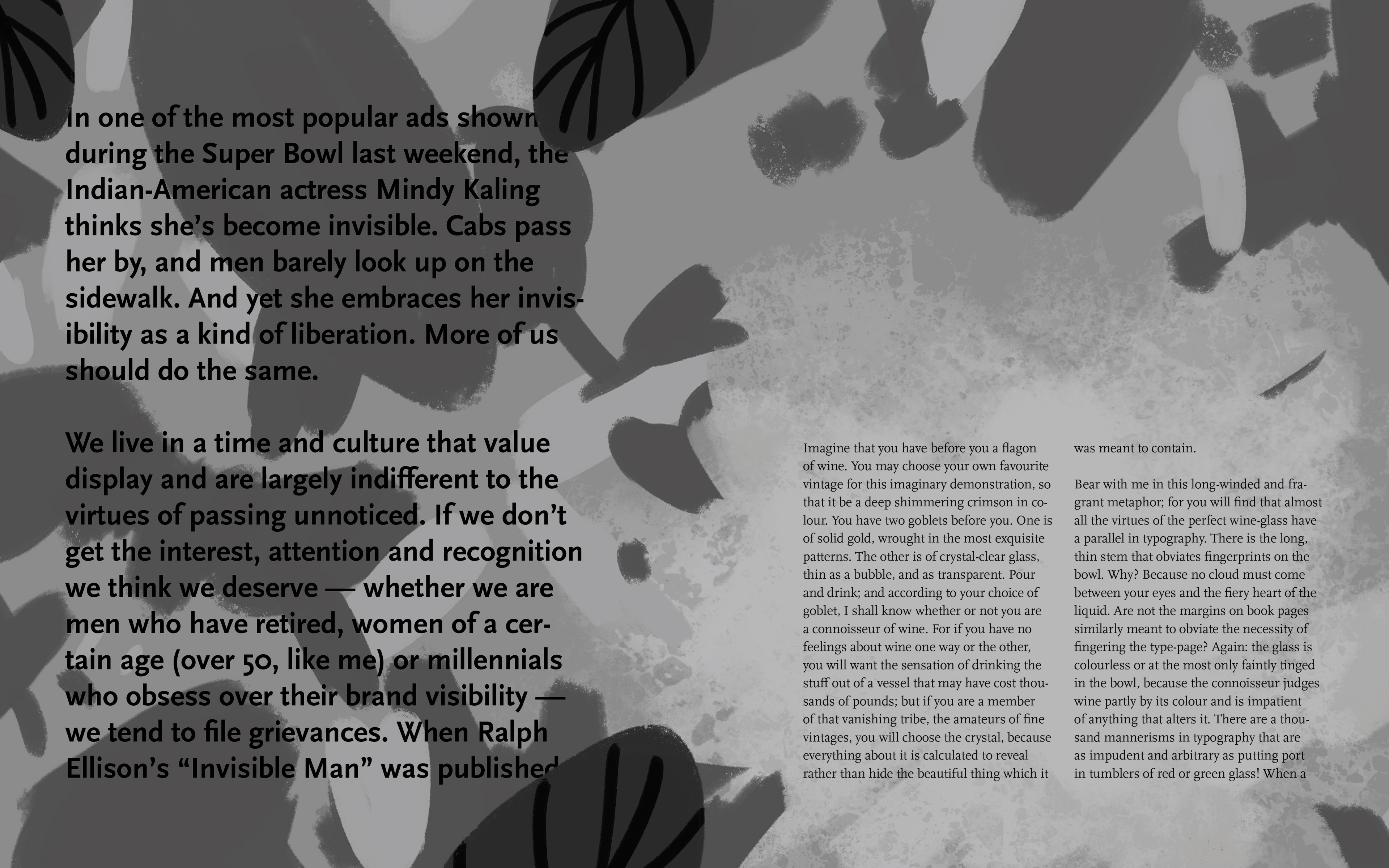 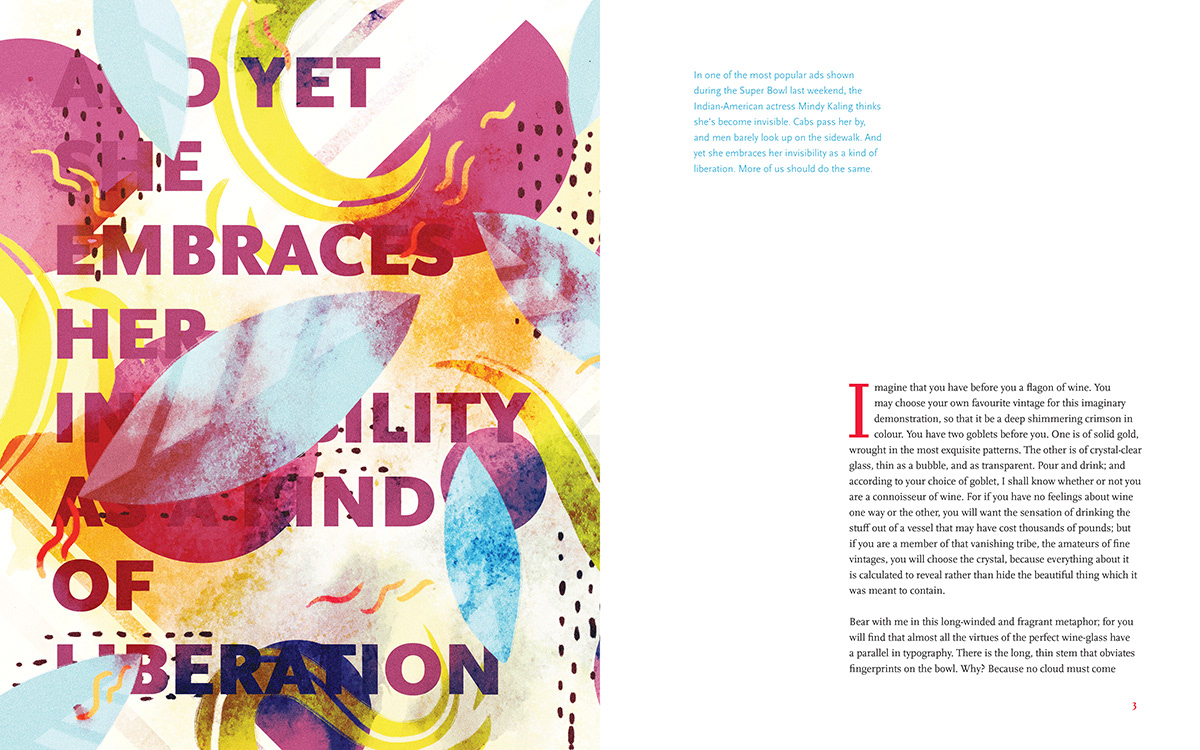 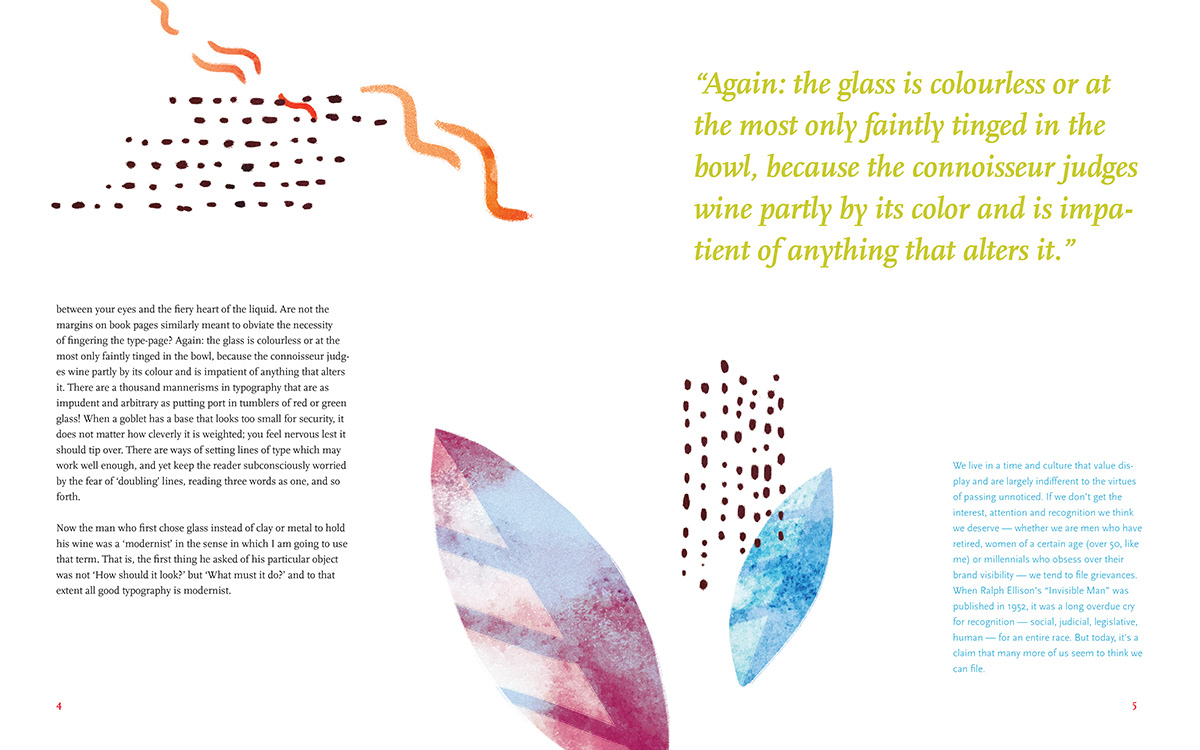